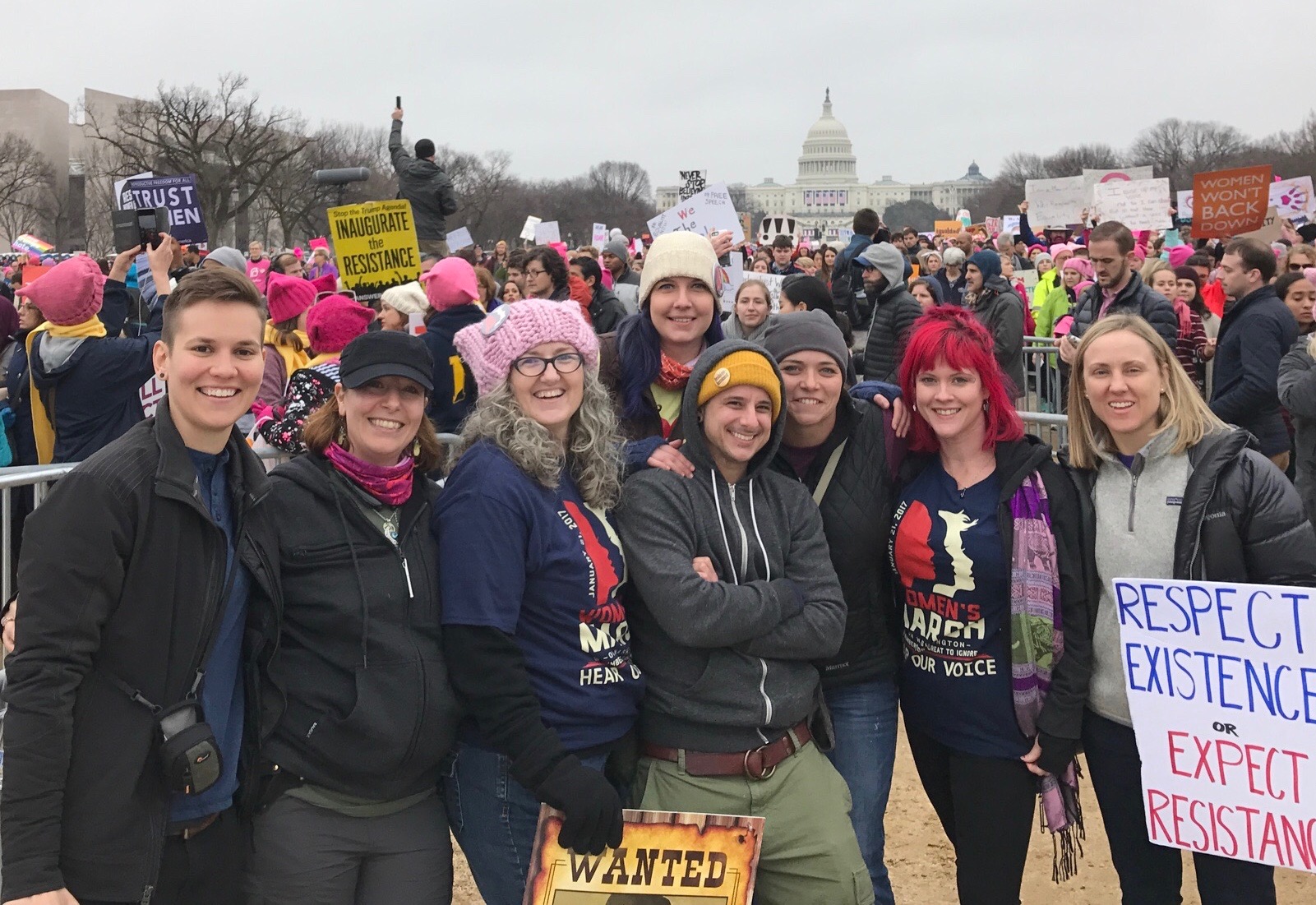 On January 17th, I walked in DC with roughly 500,000 people at The Women’s March. It was the first time I’ve seen so many women (and people of all genders)  gathered in one place with one voice. They came from all over the world – from different communities – from different economic backgrounds – and from different ages. They came together to support, empower and take a stand for hope, and desire for change. That is the tone that launched 2017 and set the stage for the #metoo movement.

When we are supported and empowered, we are strong.

It was as though, one by one, people from all backgrounds who haven’t had a voice finally felt compelled speak up. With one voice encouraging the next, abuse of power in every profession is being exposed and abusers are falling like dominos. People who have suffered or put up with things in a patriarchal society, feel safe to say ENOUGH. Some of those people who have come forward have held in those experiences for decades. Many of them didn’t realize what they went through wasn’t normal or ok. They never believed anyone would listen or care. Once there was a national shift in consciousness, people started to claim their voice for the first time. We, as a society, have made it a supportive place to stand up to those injustices.

This isn’t just a win for women – it’s a win for all genders and non-gender individuals who have been survivors of bad behavior. The truth is – it’s also a big win for men. They say the first step to RECOVERY is acceptance so here goes. As a society, we have some talking and growing to do right now. Women will need to learn to keep saying NO and speaking their truths. No one needs to be shamed, victimized or abused. Men will learn to practice equality and will learn that abuse of power has consequences.

We all need to support and protect each other and use power with good intention.

I’m looking forward to a year of continued truth and growth in 2018.

NOTE: Check-in occasionally with the Wright Now Wellness Upcoming Events page to see where we’ll be next with wellness programs or workshops.